You’ve probably noticed the emphasis on Google and Facebook in digital advertising in recent years, but have you ever looked at their competitors? Why these two platforms seem to be always in the mind of Senior Ad Buyers? 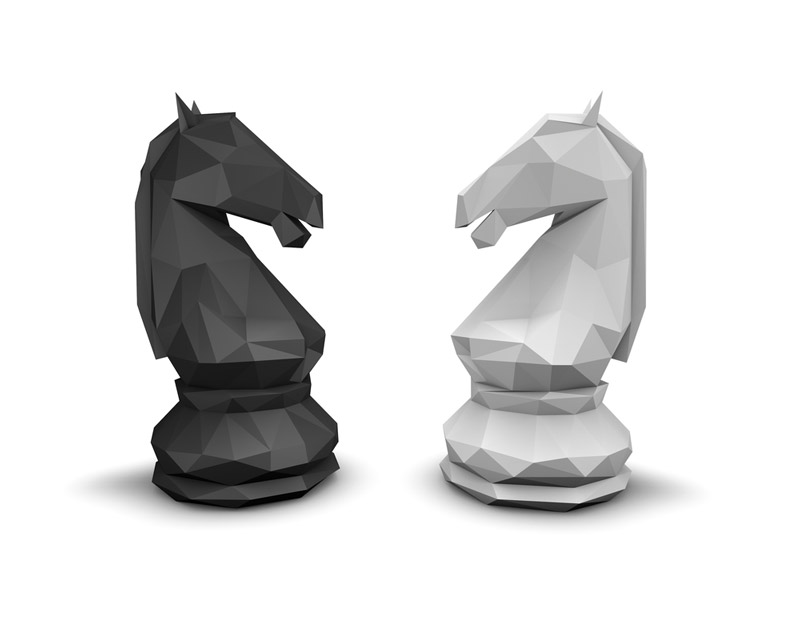 And perhaps you’ve not considered Facebook Ads for a B2B client because you didn’t think your client’s audience matches Facebook’s demographic… That wouldn’t be an illogical conclusion to draw.

But in this article, we’ll explore why the Google-Facebook duopoly’s competitors aren’t even worth a cursory look… And why considering both the Google AdWords and Facebook Ad platforms for all of your clients this year might be a very smart idea indeed.

Google and Facebook now make more from ads than every newspaper, magazine & radio network in the world combined.

And in April 2017, digital ad spend surpassed TV for the first time.

Other players fade by comparison: Twitter recently announced its winning Q4 in 2017, as well as its first-ever profits after 12 years of existence, as well as an annual total revenue of $2.4 billion, but their ad revenues remain very low, with just a 7% in Q4, 2017.

Snap Inc.’s move to programmatic advertising in 2017 has given it a rosier-looking future, with a slight increase in Q4 revenues, but it’s still operating at a loss.

Could Amazon.com Inc. step in and change the scenery with its disruptive character and extensive data? The jury is out on that front. 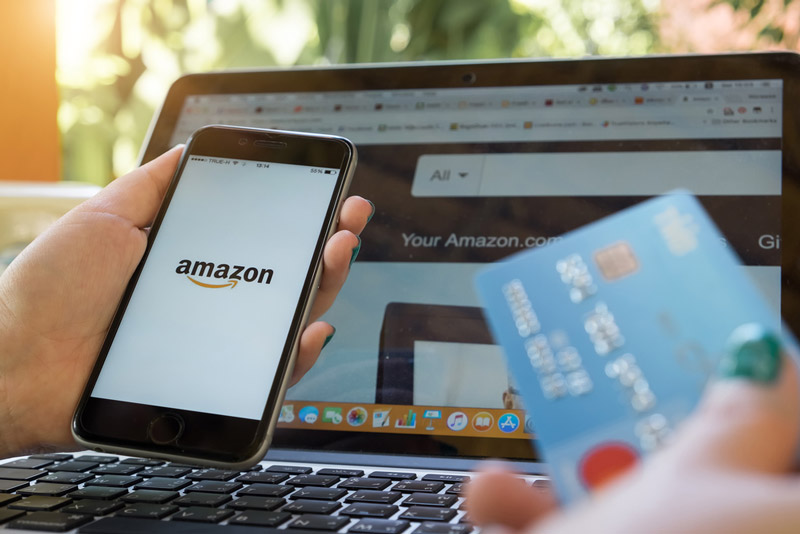 Verizon Communications Inc. would also like to become a contender with its blend of location data, ad technology and web content thanks to the acquisition of AOL and Yahoo, but we’ve yet to see anything interesting happen.

AT&T Inc. has bought Time Warner Inc. to give it an edge… But it seems unlikely that any one player can swing in and actually compete with the Google-Facebook duopoly.

Even challengers from the East, giants Alibaba Group Holding Ltd., Baidu Inc. and Tencent Holdings Ltd., which rule where Western rivals are restricted, can’t manage to elbow their way in and take more than a 3% share of the global digital advertising pie.

Facebook and Google are currently the strongest duo on the earth, collecting nearly half of global spending between them. eMarketer estimates that they will account for more than 65% of US digital ad revenues in 2018. 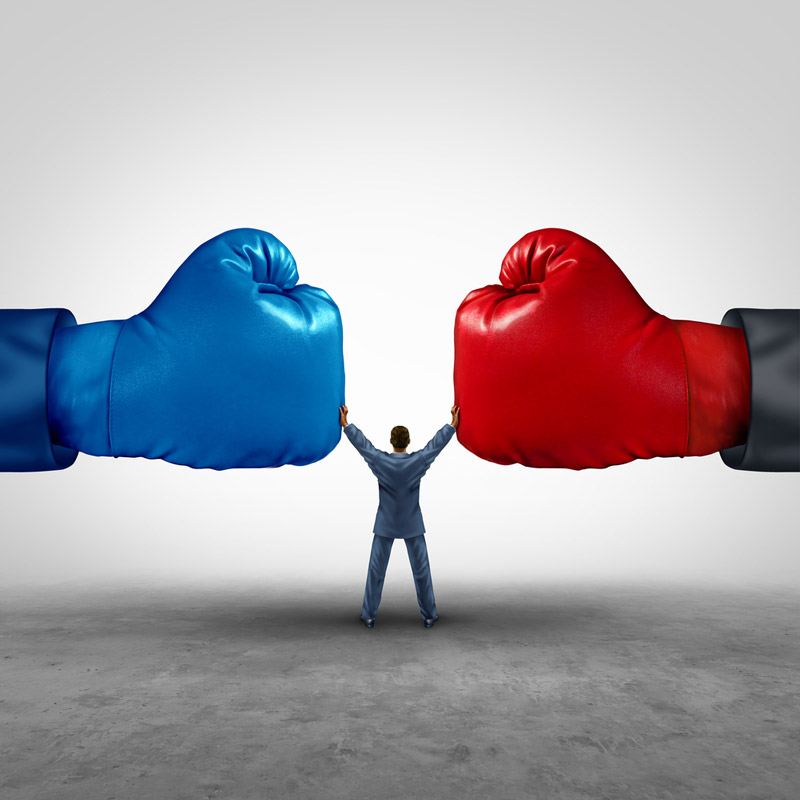 In January 2018, eMarketer published the results of a survey regarding which platform 50 US senior ad buyers from various industries, with an average ad spending of $298 million, they thought offered the highest ROI.

Both Google and Facebook improved their positions in the survey results when compared with 2016’s results, when Google was the choice of 32%, and 27% chose Facebook. The duopoly grows stronger because of the companies’ ability to respond to advertisers’ demand for more granularity in targeting capabilities, says Monica Peart from eMarketer.

Facebook & Google Understand Users Because They Have So Much Data

No one can dispute that one of the reasons why the duopoly dominates so effectively is because it has and uses so much personal information to dramatically improve targeting and make your ads work better. 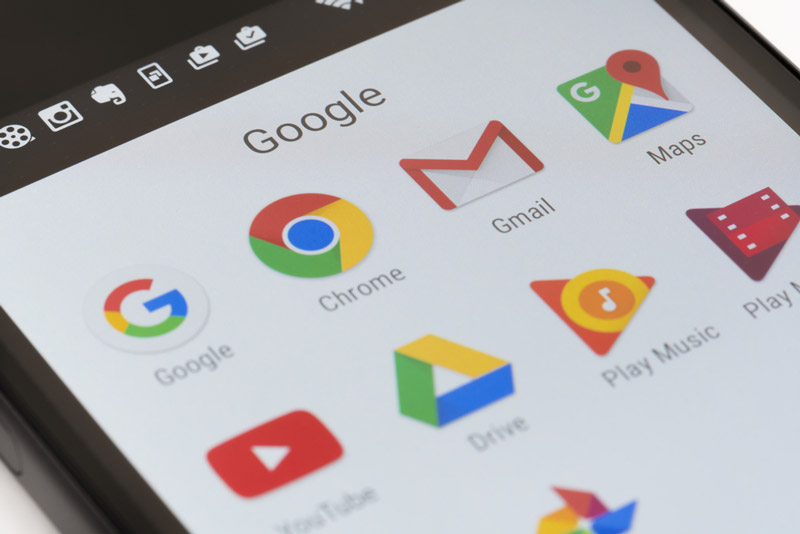 It has data on all the apps user use and data from those apps, like Google Fit, YouTube history, photos, Google Drive files, calendar data and events attended, data on the products they’ve bought, pages shared, etc.

Facebook has records of every message (including audio messages) and every file a user has ever sent or received, all their contacts, as well as all the apps connected to their account. Think it this way: there’s a clear why they acquired Instagram and WhatsApp = data.

One of the benefits of Facebook vs. Google in this sense is that users share more emotional information within social networks than they do when searching Google, and the animated emoji “reactions” yield high-quality data on preferences. Facebook data on just one user could easily fill hundreds of thousands of Word documents.

They Use Artificial Intelligence 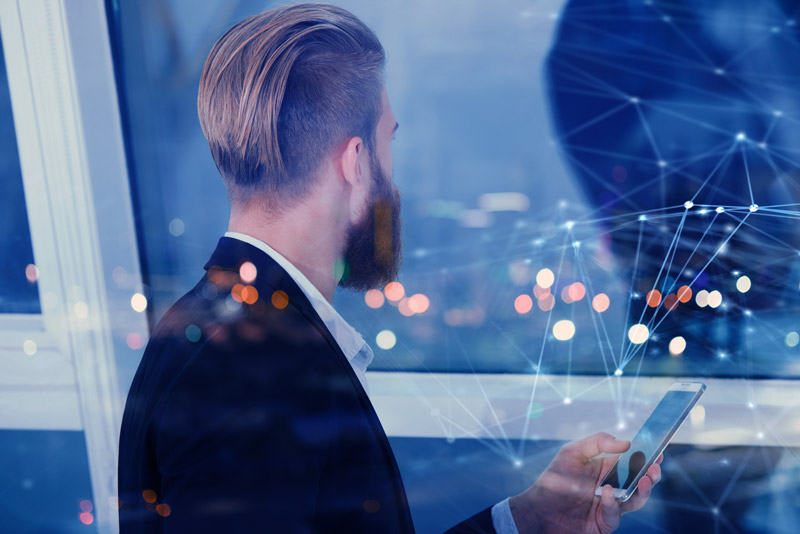 Google’s machine learning technology (ML) is used in Auto Ads, a system that uses ML to choose the types of ads users see and decide how they’re placed. It makes decisions on how many ads are right for each page and where to put them. A long beta test of these ML upgrades led to an average 10% boost in revenue for publishers, which is significant.

Facebook doesn’t sell its AI capabilities as a service like Google and Amazon, but they do apply AI to their advertising business to find out which prospects will be most interested in a client’s product or service. Mark Zuckerberg, Facebook’s CEO, claims that you often no longer need to target your ads because Facebook AI can complete the task more precisely and better than they can manually.

What would happen if you combined the power of Facebook, Google and Instagram Ads, and used an AI tool to further optimize your digital ad inventory across all of them?

Adext AI does just that, and on average, it increases the amount of conversions by 83% in just over a week. This would mean 83% more leads or sales with the same investment in ads after only 10 days running your campaigns.

And don’t even worry about the cost, it’ll be completely free until it actually increases your ads’ conversion performance.

It conscientiously works using audience performance profiling, performance clustering, and advanced budget automation technique so you can be sure that you’re getting the most out of your ad spend.

You can start by reading this simple guide that explains the step by step to get started with Adext AI today or learn more about the technology behind Adext and how it’s able to find the best audience for any ad through this guide.